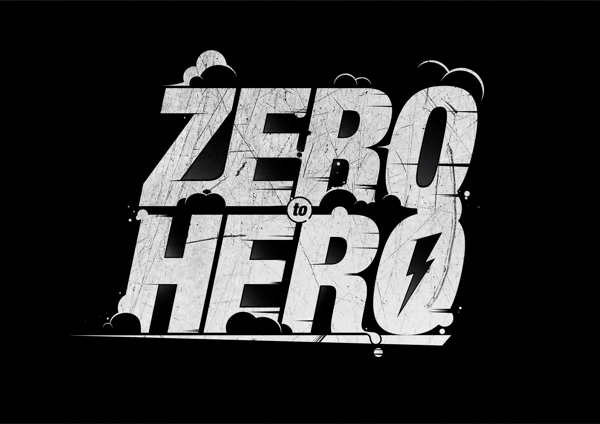 The Israelites did evil in the Lord’s sight. So the Lord handed them over to the Midianites for seven years. 2 The Midianites were so cruel that the Israelites made hiding places for themselves in the mountains, caves, and strongholds. 3 Whenever the Israelites planted their crops, marauders from Midian, Amalek, and the people of the east would attack Israel,

4 camping in the land and destroying crops as far away as Gaza. They left the Israelites with nothing to eat, taking all the sheep, goats, cattle, and donkeys. 5 These enemy hordes, coming with their livestock and tents, were as thick as locusts; they arrived on droves of camels too numerous to count. And they stayed until the land was stripped bare.

6 So Israel was reduced to starvation by the Midianites. Then the Israelites cried out to the Lord for help.

11 Then the angel of the Lord came and sat beneath the great tree at Ophrah, which belonged to Joash of the clan of Abiezer. Gideon son of Joash was threshing wheat at the bottom of a winepress to hide the grain from the Midianites. 12 The angel of the Lord appeared to him and said, “Mighty hero, the Lord is with you!”

13 “Sir,” Gideon replied, “if the Lord is with us, why has all this happened to us? And where are all the miracles our ancestors told us about? Didn’t they say, ‘The Lord brought us up out of Egypt’? But now the Lord has abandoned us and handed us over to the Midianites.”

14 Then the Lord turned to him and said, “Go with the strength you have, and rescue Israel from the Midianites. I am sending you!”

15 “But Lord,” Gideon replied, “how can I rescue Israel? My clan is the weakest in the whole tribe of Manasseh, and I am the least in my entire family!”

16 The Lord said to him, “I will be with you. And you will destroy the Midianites as if you were fighting against one man.”

Chapter 7:2 The Lord said to Gideon, “You have too many warriors with you. If I let all of you fight the Midianites, the Israelites will boast to me that they saved themselves by their own strength. 3 Therefore, tell the people, ‘Whoever is timid or afraid may leave this mountain and go home.’” So 22,000 of them went home, leaving only 10,000 who were willing to fight.

4 But the Lord told Gideon, “There are still too many! Bring them down to the spring, and I will test them to determine who will go with you and who will not.” 5 When Gideon took his warriors down to the water, the Lord told him, “Divide the men into two groups. In one group put all those who cup water in their hands and lap it up with their tongues like dogs. In the other group put all those who kneel down and drink with their mouths in the stream.” 6 Only 300 of the men drank from their hands. All the others got down on their knees and drank with their mouths in the stream.

7 The Lord told Gideon, “With these 300 men I will rescue you and give you victory over the Midianites. Send all the others home.” 8 So Gideon collected the provisions and rams’ horns of the other warriors and sent them home. But he kept the 300 men with him.

In today’s teaching, a guy from the Old Testament, by the name of Gideon goes from being a zero to a hero…and beyond. So, what can we learn from Gideon to help propel us to hero status?

So what are these guidelines that we can use to succeed wildly?

When we’re introduced to Gideon, he is experiencing huge adversity. The nation of Midian had overthrown Israel. The Midianites were a nomadic people who would sweep into an area – as the Bible describes, “like locusts” – and ravage the land and inhabitants. After seven years of oppression, Israel cried out to God (6:5-6). for a change in trajectory – they couldn’t stay where they were.

Adversity is the training ground for God’s glory. I know a lot of folks are frustrated, defeated, and confused because they expect their faith to eliminate adversity, instead of strengthening under adversity. If you find yourself in a difficult situation today, expect God to teach you, to shape you, and to prep you for something greater.

The Bible teaches that trials precede triumph. Anything of worth takes time and more often than not – failure. Throughout history adversity prepared people for greatness.

So – First Appreciate Adversity, But then –  Accept your Identity

The second guideline from Gideon’s life is to accept what God says about your identity. God calls Gideon, “mighty warrior!” This statement is amazing because Gideon was not a mighty warrior at the time of God’s declaration.

He was living in a messed up life in a messed up family in a messed up country – sound familiar? God instructed him to tear down his family’s altar to every false god and worship Him alone. Listen to Gideon’s own description of himself: “My clan is the weakest of all the clans in Manasseh and I am the least of my family!” (6:15).

Gideon was a small dude from an insignificant family, living in fear and misery. But God declares who and what we are by His power, not by what we have done in the past or our present circumstances.

Gideon is a mighty warrior because God says so, regardless what his family says or other tribes say, or what the enemy says.

God called Abraham the father of many nations, even though he didn’t have any children. God called Moses the deliverer of Israel, even though he was on the backside of the desert hiding from a manslaughter charge. Jesus called Peter, who was the least consistent of all the disciples, a rock upon which He would build His kingdom.

You are His child; You are His friend; You can be justified, forgiven, and no longer condemned; You more than a conqueror; You are His workmanship created for good works; You are a royal priest declaring good news like a shining star; Do you see it – God says that you are a VERY BIG DEAL to HIM!

Sometimes we need to be reminded who we are when the winds of this world challenge our faith. God is for you! Read Jeremiah 29:11 For I know the plans I have for you,” says the Lord. “They are plans for good and not for disaster, to give you a future and a hope.

First Appreciate Adversity, then Accept your Identity, but then

Act on your Authority

A third guideline is to act or obey with authority. Going to battle with 300 men against 135,000 men is crazy unless God instructs you to do it.

God’s authoritative guidance leads us in purity. Take a look, God told Gideon to tear down his family’s altar dedicated to the pagan god, Baal. Do you think destroying the altar made Gideon a better warrior? Did his family’s religious practices really affect Gideon’s ability to fight Midianites?

The answer is no, but his call to remove influences that distracted him from his relationship with God illustrates that God uses messed up people – that He cleans up to share in His victory and His glory. Gideon was successful because God called him to remove the trash from his life.- AND HE DID!

Gideon began as a coward. He started as a ZERO – In following God’s plan for his life – through ADVERSITY, in IDENTITY and under God’s AUTHORITY he become a hero!

He did it with Gideon’s life, and He can do the same thing with you.

You can choose His way…follow His guidelines for greatness or take your own path and risk trash over treasure…garbage over greatness. You choose. God’s love for you is so great, that He allows you to choose…